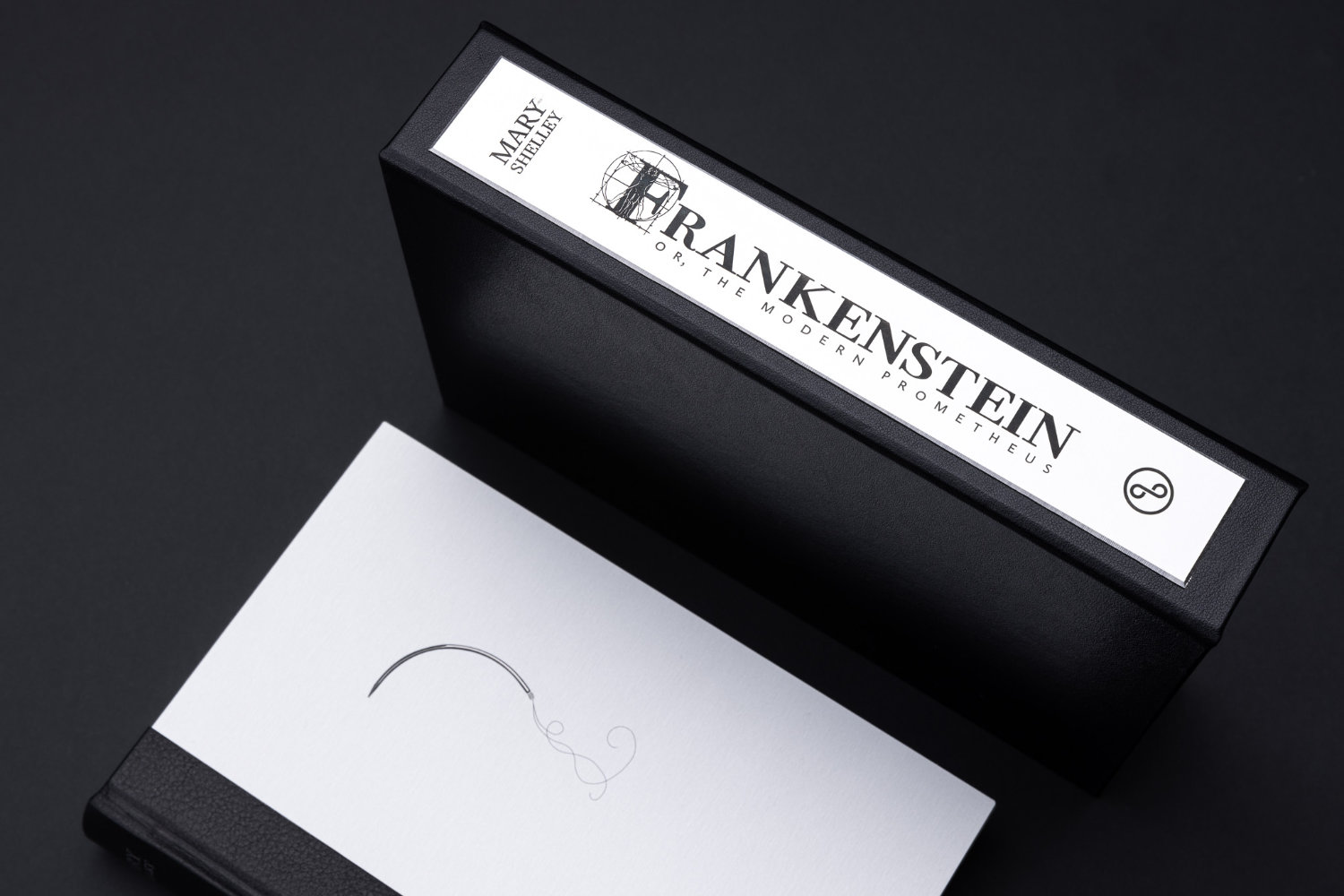 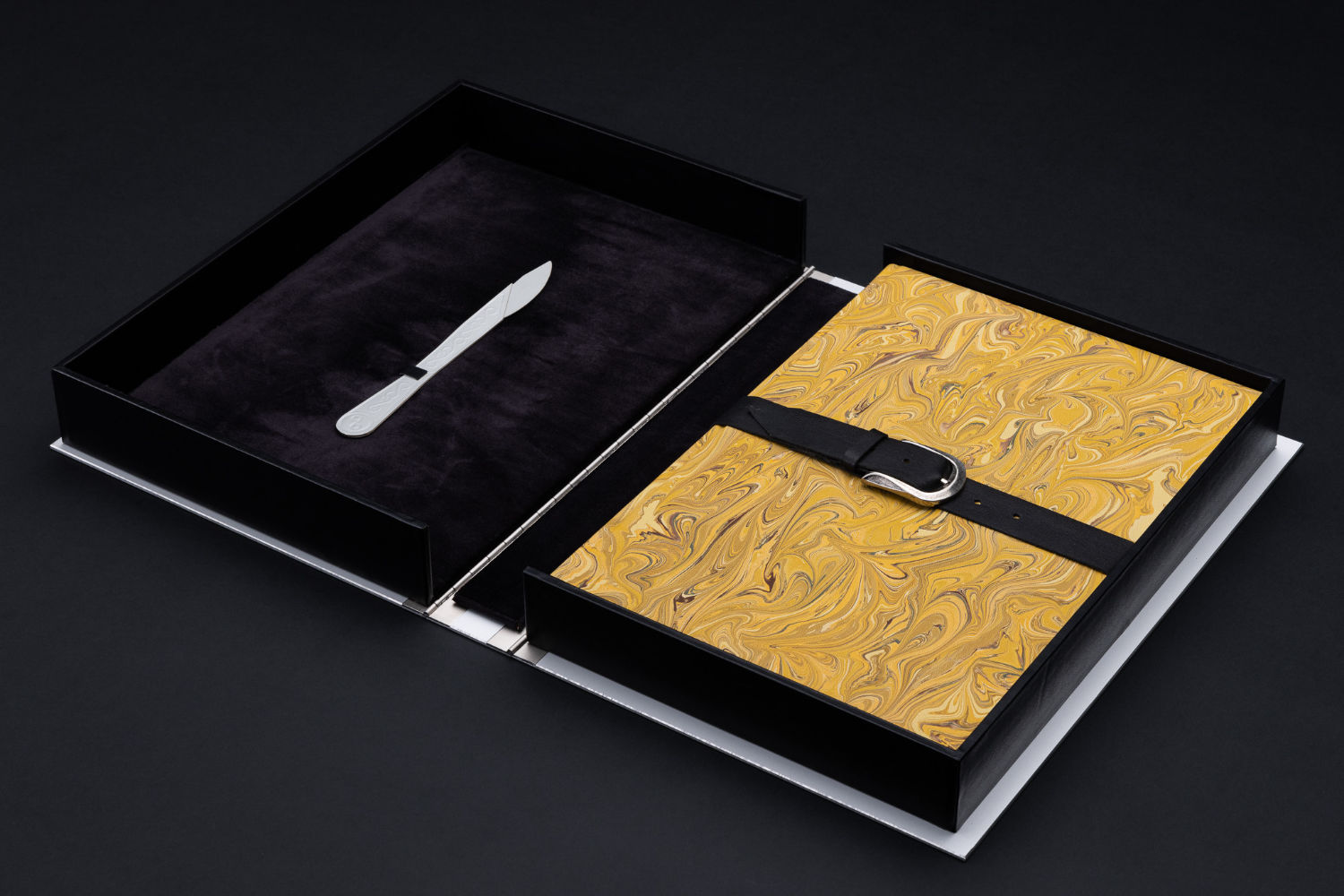 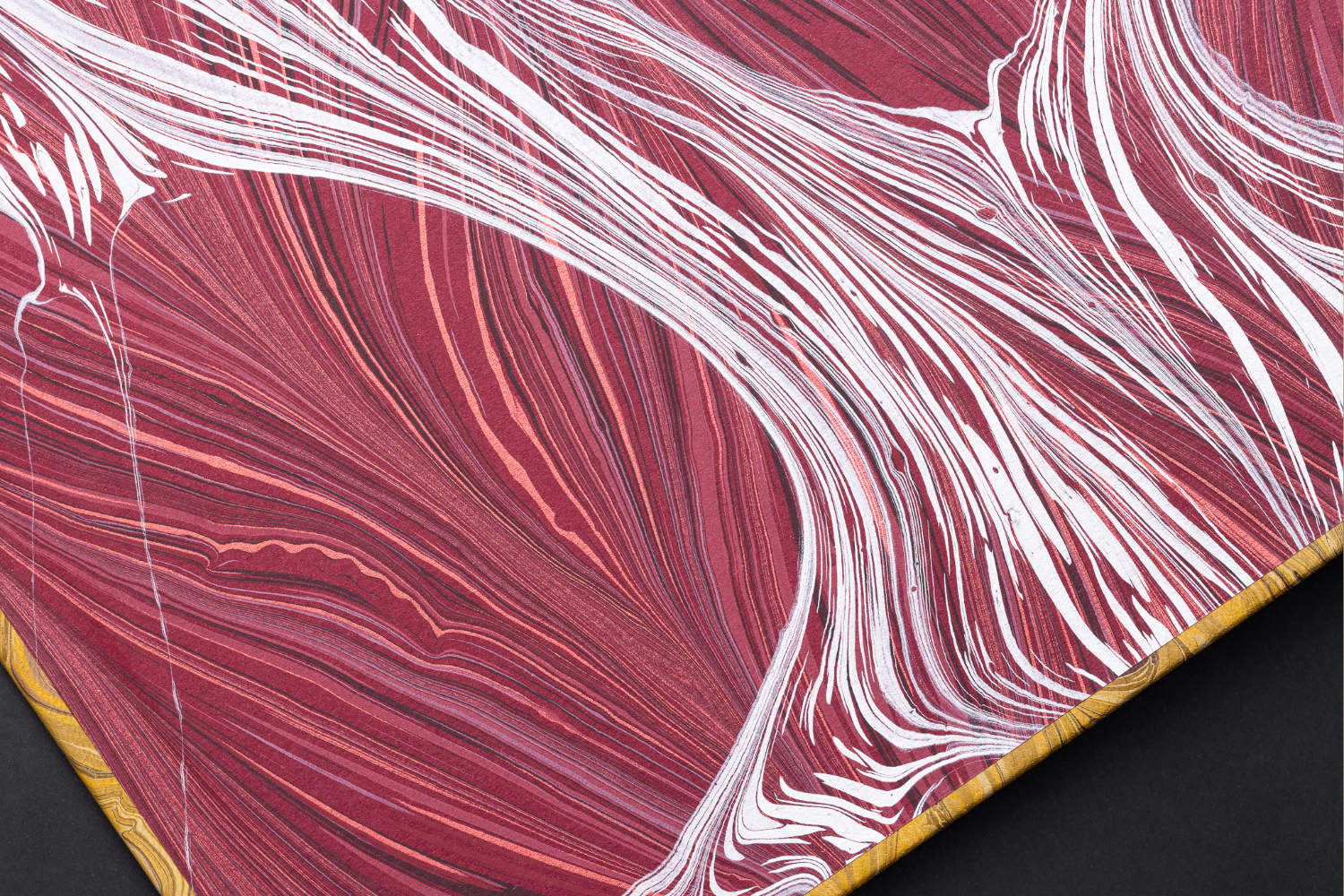 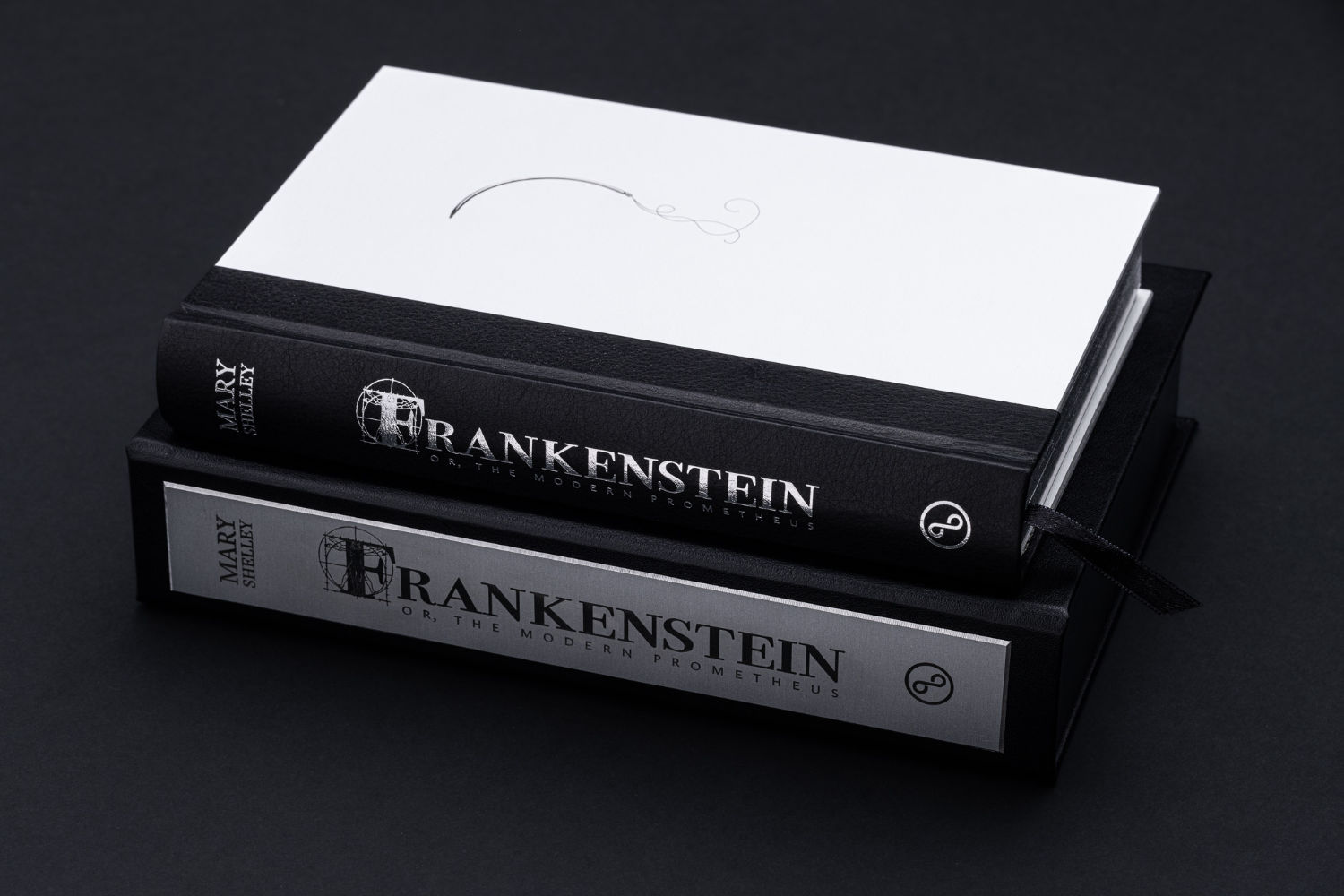 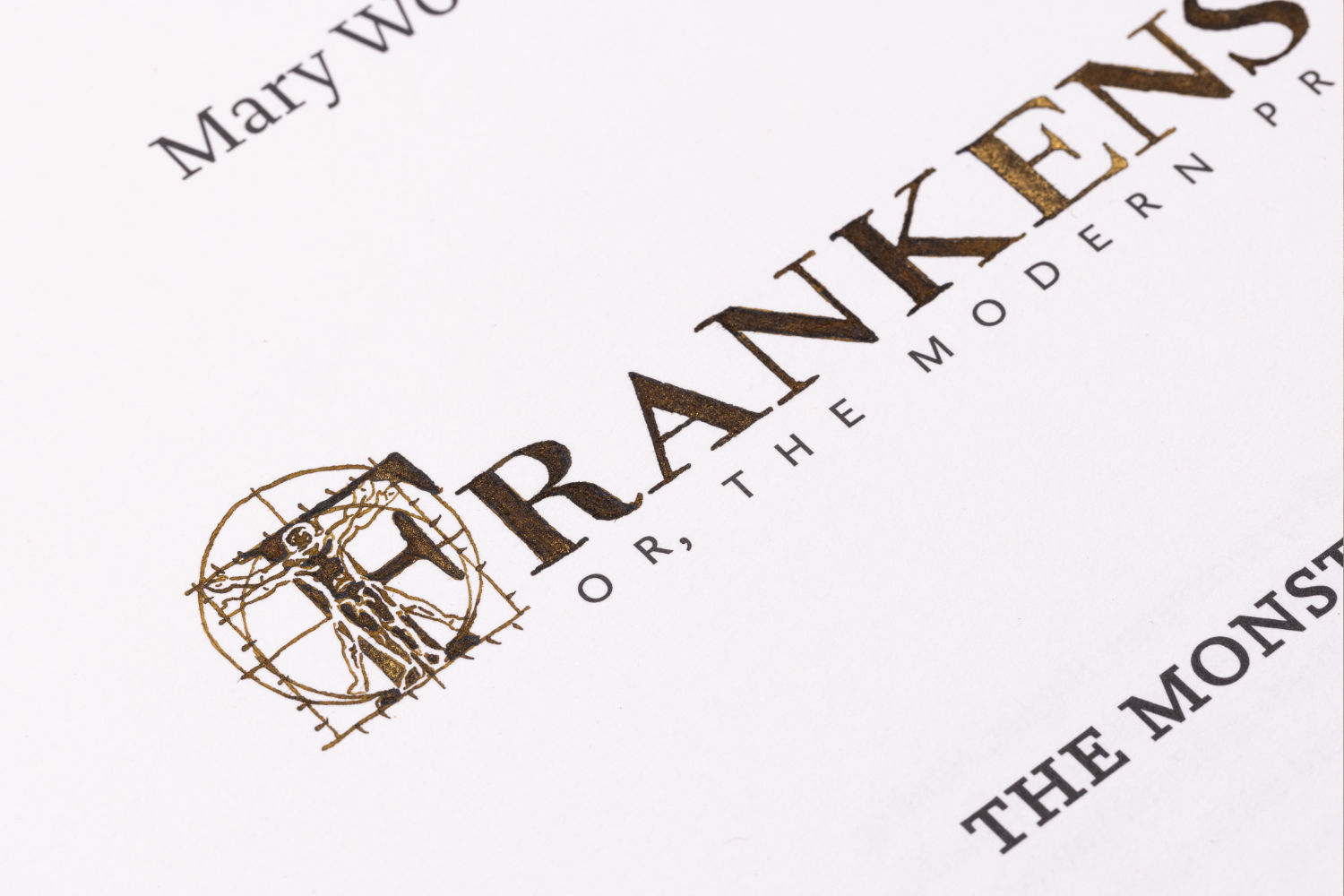 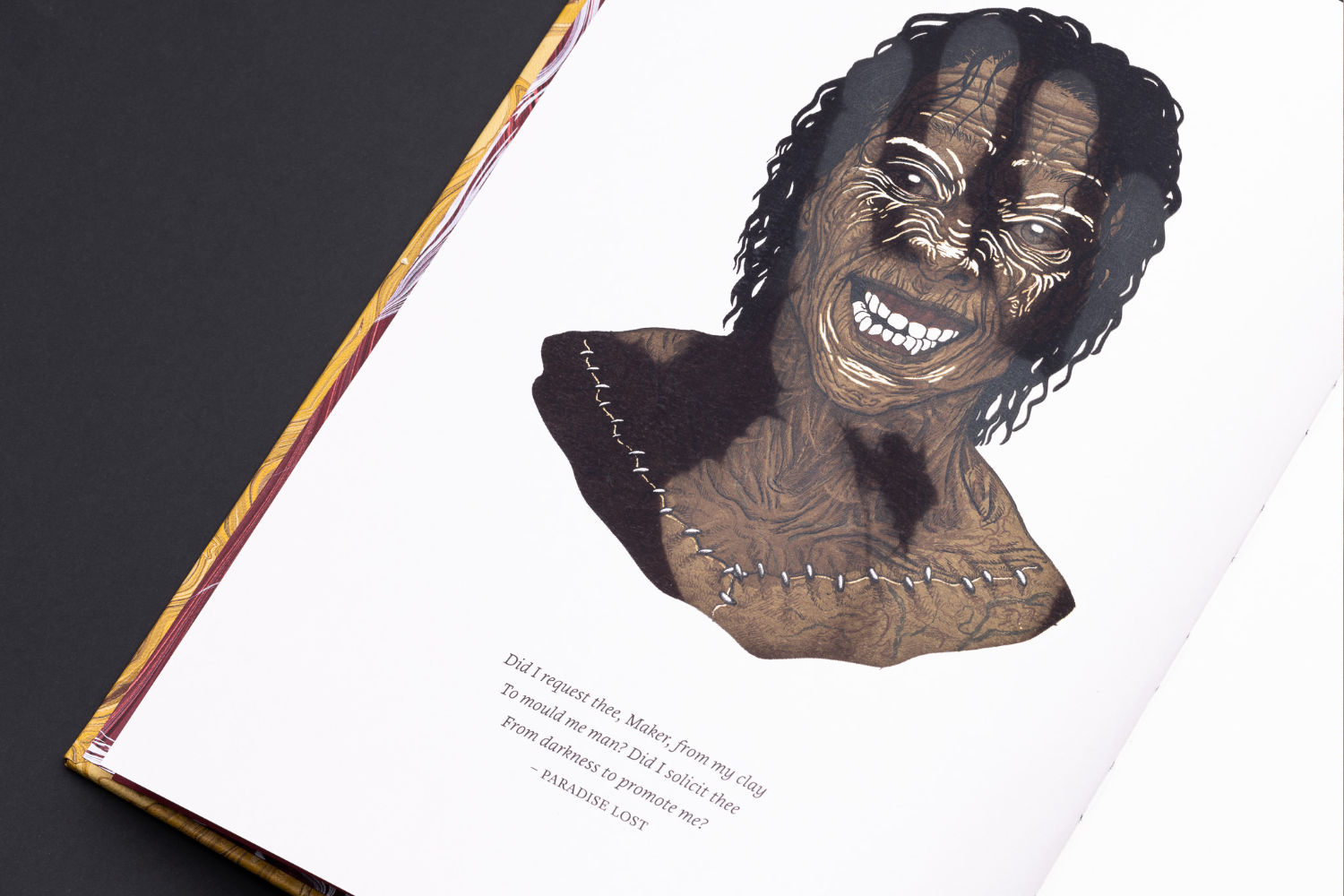 Creative concept for this one is the “soul” of this title and it was a source of inspiration for everything else; from materials to printing techniques used. It is based upon our insight that this is a story about connection, or rather the lack thereof. The Monster is constantly trying to connect with people. It is smart, caring, and hungry for companionship. Yet, despite this desires and his best intentions, he is constantly denied all of it. Each of the illustration in its original state represents the moments in story where the Monster interacted with humans and how it was chased and cast away. But each of these illustrations are screen printed by hand and represent only the first phase of the illustration. Once you touch the monster, the ink becomes transparent and reveals the real offset printed illustration below, that gives you a glimpse into how the story could have ended then and there if people in question accepted the Monster. The two phases of the illustrations were quite challenging to do, because the overlap had to make sense in both phases, and the extremely talented illustrator Yana Adamović did a stupendous job in achieving that.

The covers of The Doctor Edition embody the harsh nature of the vain doctor. With smooth aluminium on the cover, symbolising the operating table with a real surgeon’s needle blocked on the front, it is quarter-bound in finest goatskin leather with silver foil blocked on the spine.

The covers for The Monster Edition tries to stay true to its name. They are done in handmade marbled leather to resemble the Monster’s skin, as well as the marbled endpapers which are meant to represent the tissue and tendons inside the Monster. Only the spine is blocked with the title in black foil and the back cover with our thematic logo. The front is left untouched as to not divert attention from the gorgeous marbling

All the marbling was handmade by Freya Scott specially for both of these editions. While The Monster Edition marbled endpapers had Monster’s insides as an inspiration, The Doctor Edition had the cellular pattern as an inspiration.

The Doctor Edition comes in a solander box bound in a material made of 85% genuine leather fibres with metal plate on the spine. Inside of it is lined with purple velvet, akin to the doctor’s tool bag from that era.

The solander case for The Monster Edition is more like a prison for the Monster; a prison made out of same materials that The Doctor Edition covers were made to further emphasise just how unfair the doctor was to his creation. Even when you open it, you have to undo the belt that binds it to take out the book.

Each copy of these books comes with a scalpel bookmark with detailed embossing.

You can browse through the pages of our fine press editions of Frankenstein in the galleries below. If you like what you see, you can purchase these editions on our webshop.

Each illustration is technically a double illustrations since it comes in two phases: 1st phase is offset printed in colour; 2nd phase is screen printed by hand in thermochromic ink set to react at temperature of 25 degrees celsius. This means that in the normal temperature conditions it will react upon a warm touch, making the thermochromic ink temporarily transparent and allowing the reader to have a glimpse into how the story could have gone had any of the people accepted the Monster instead of rejecting it; if any of them was just kind enough to give him a human touch that he so desperately wanted. 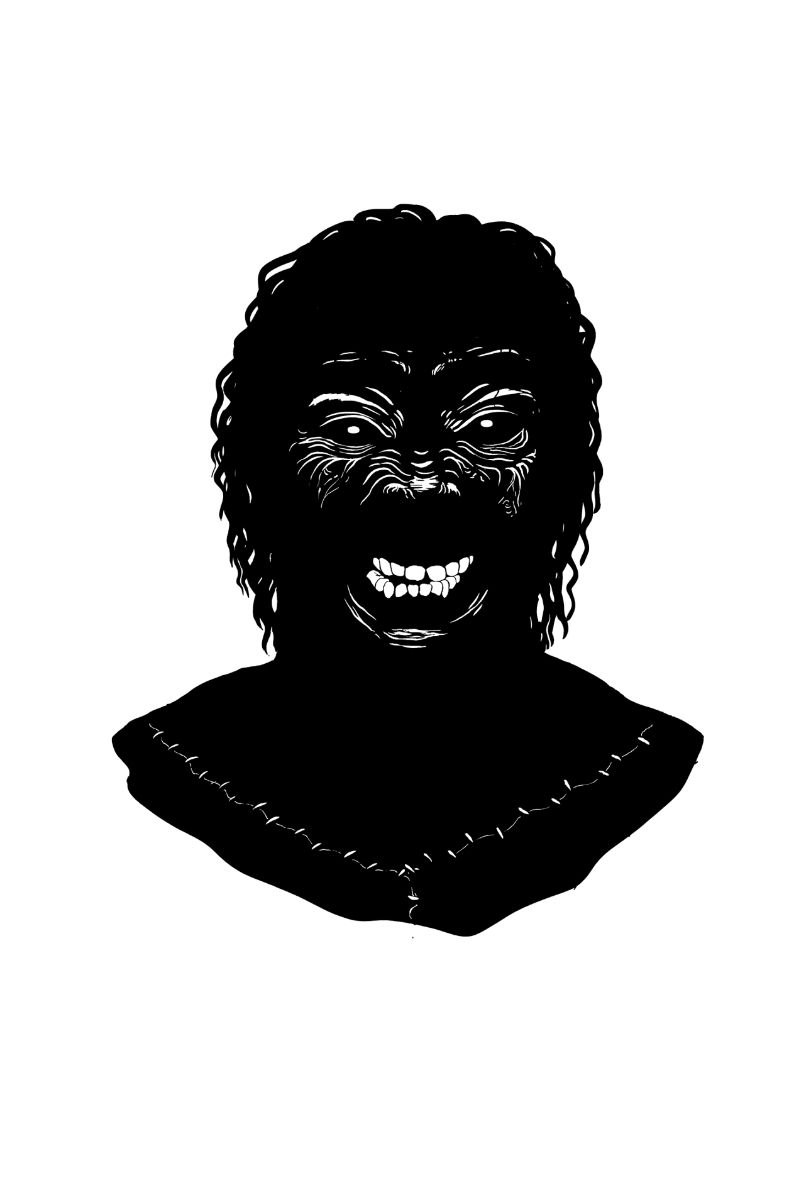 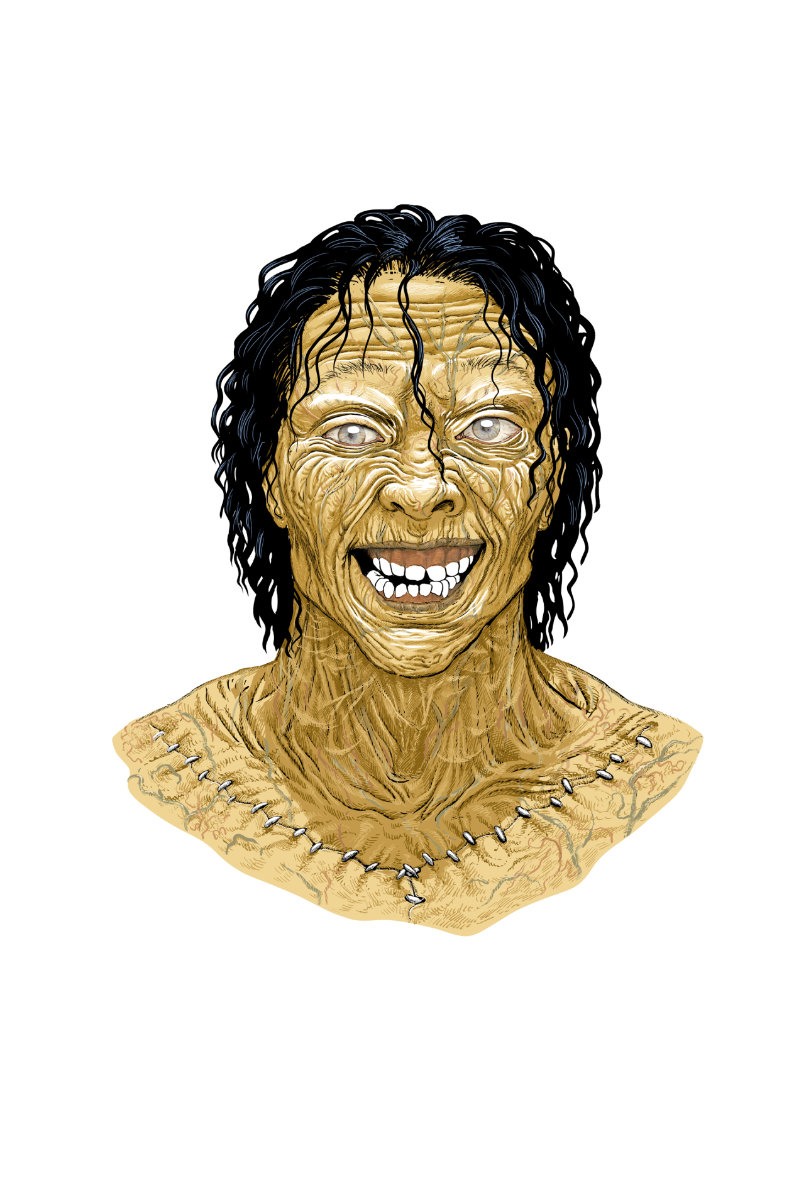 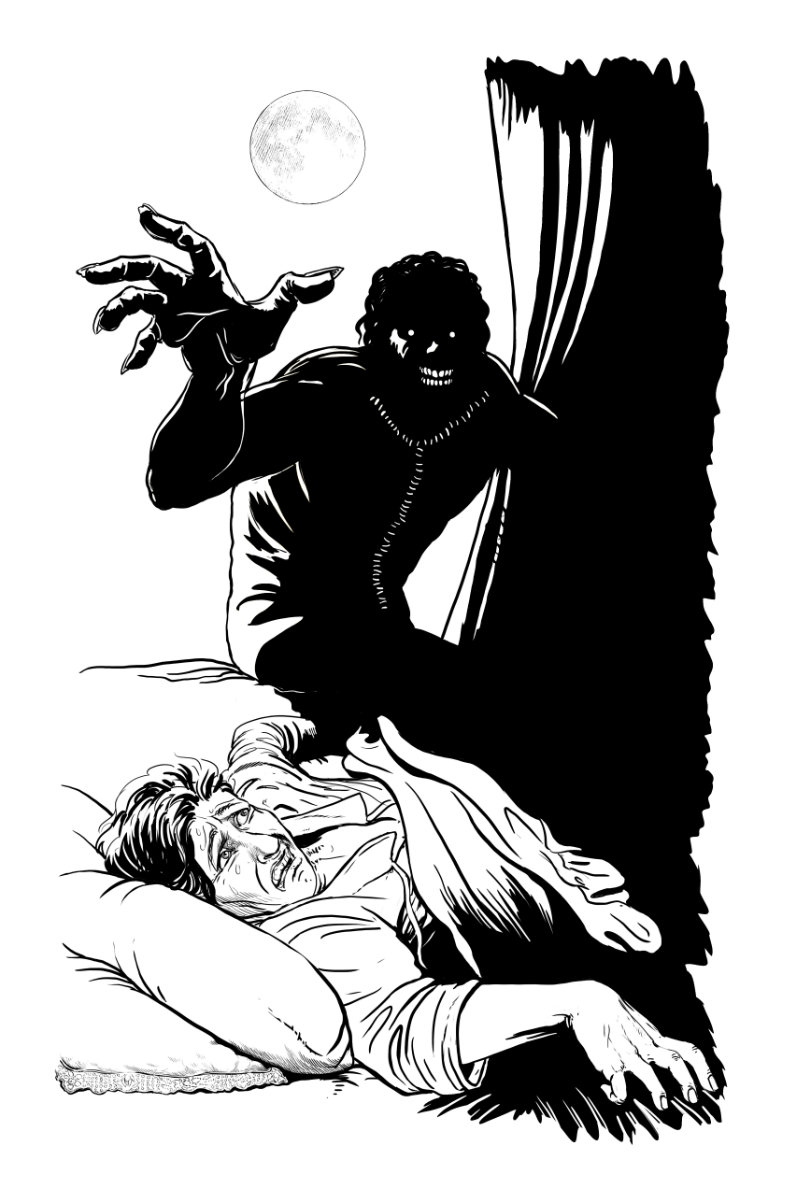 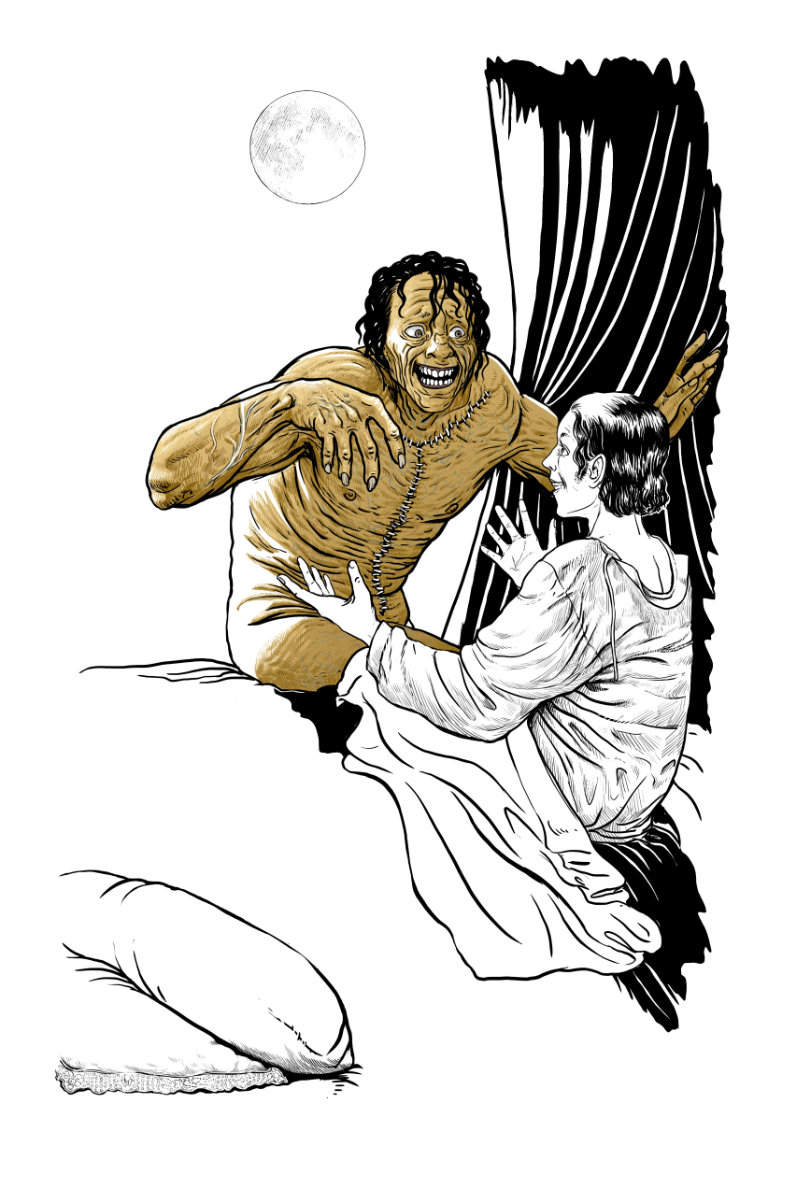 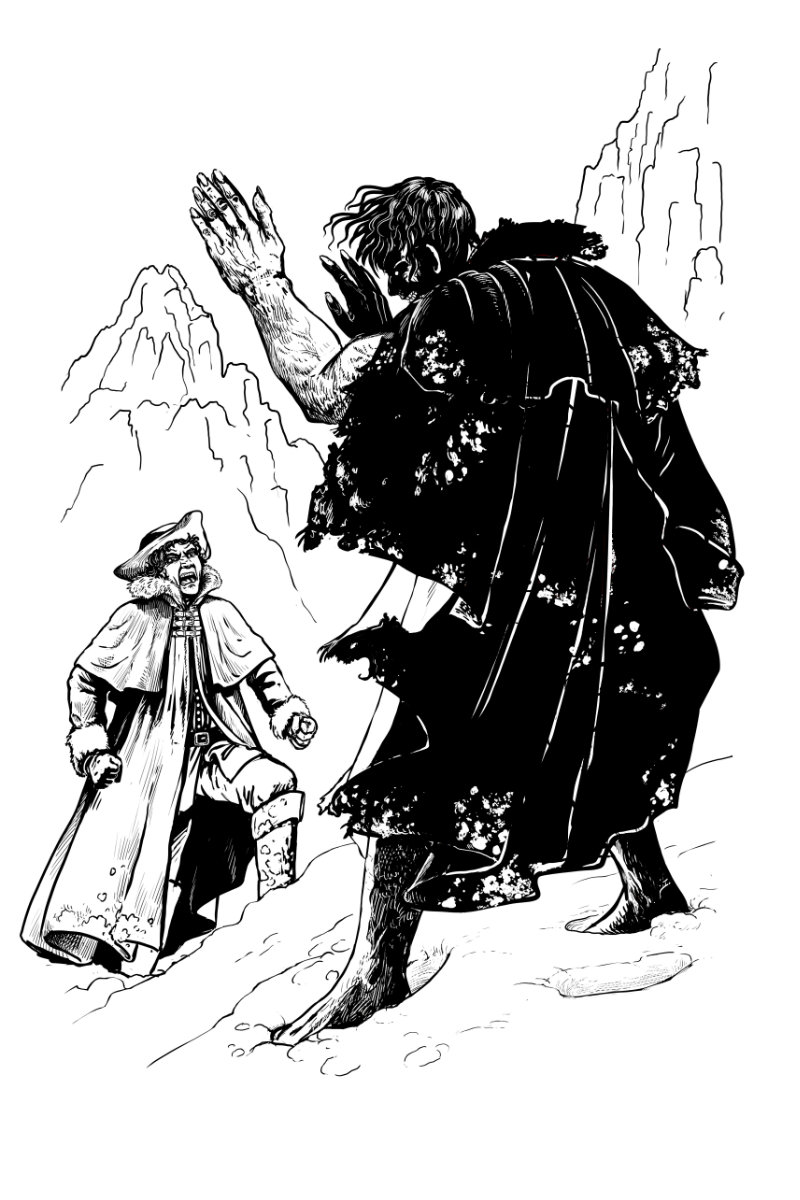 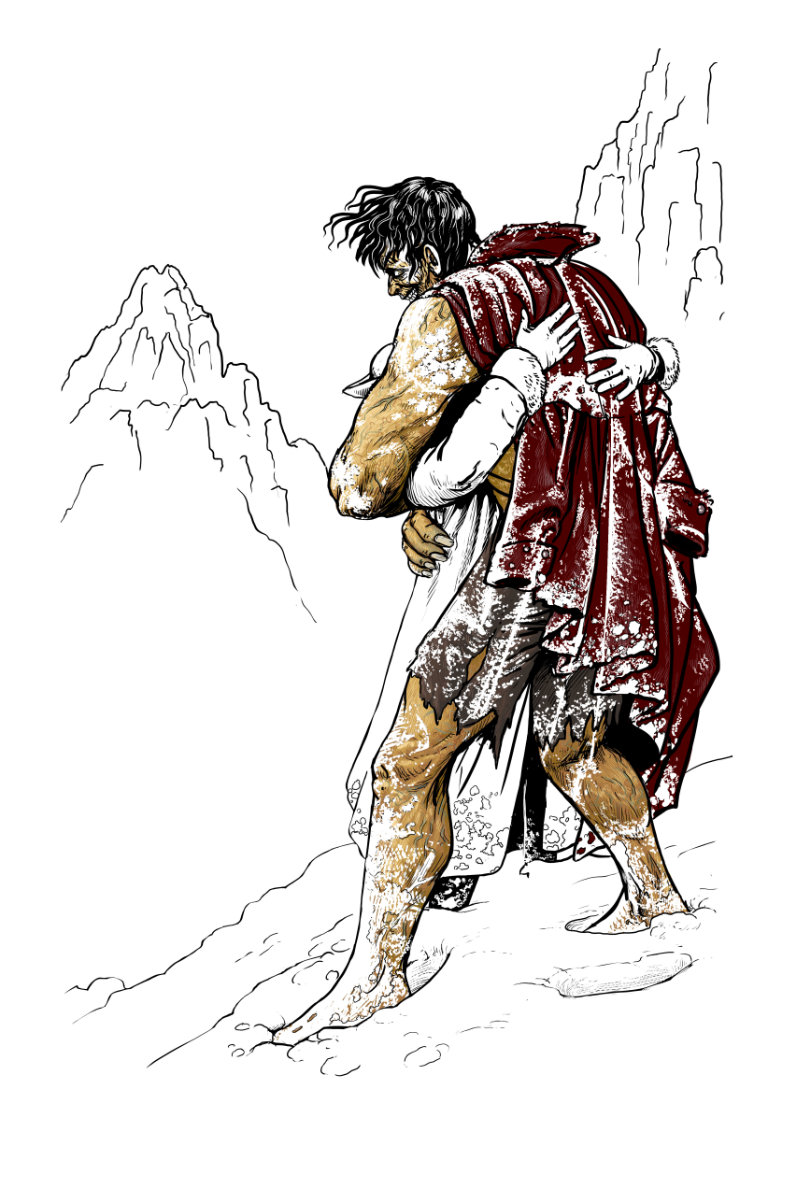 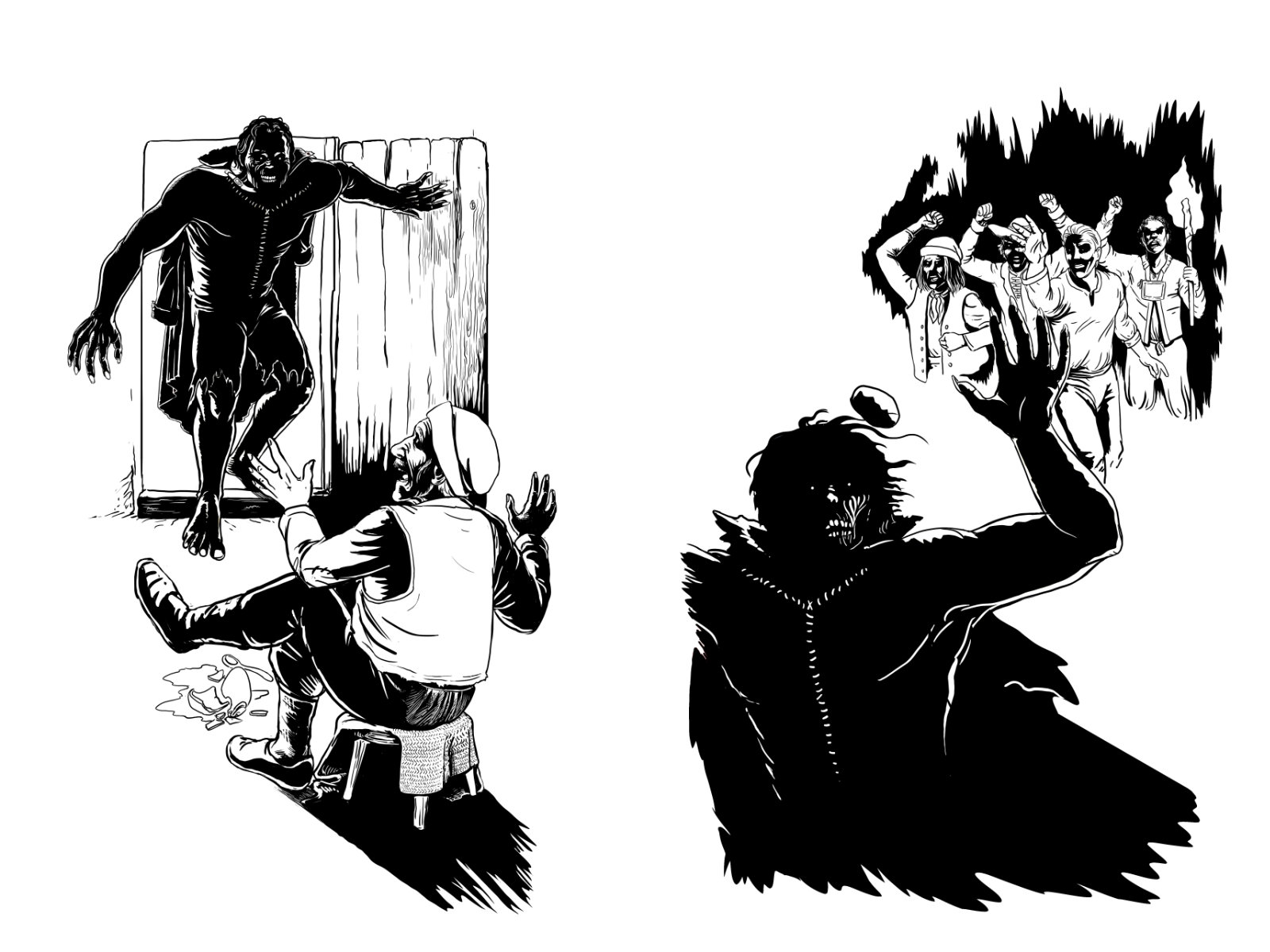 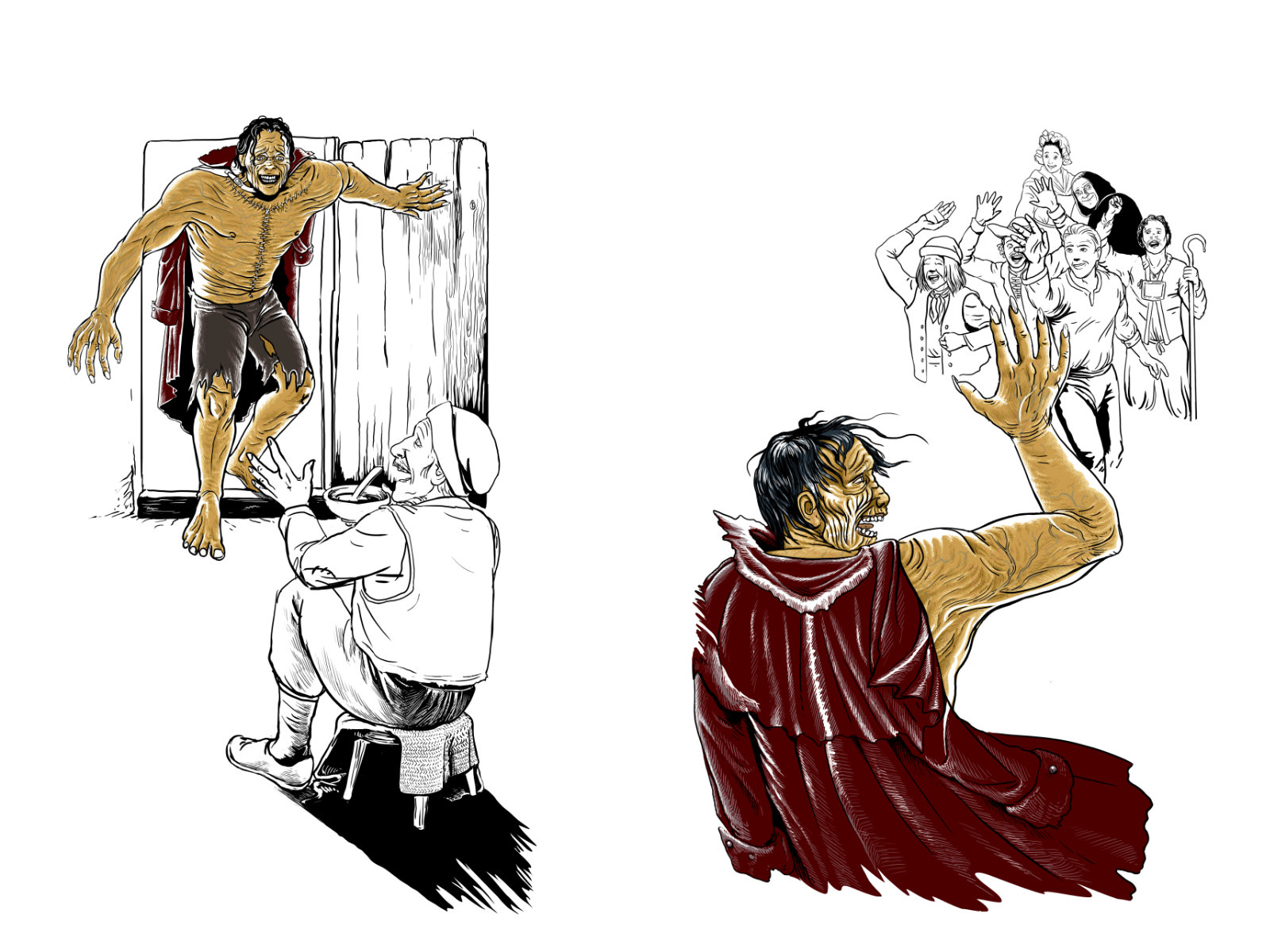 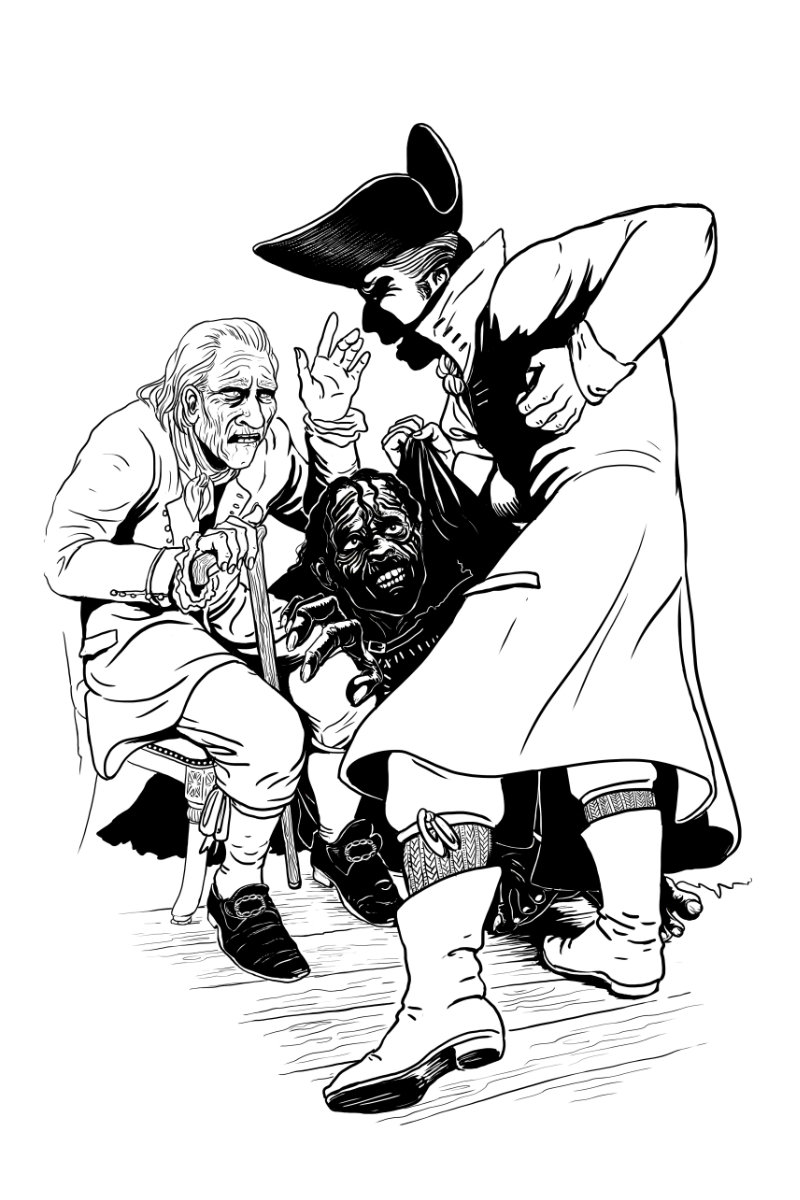 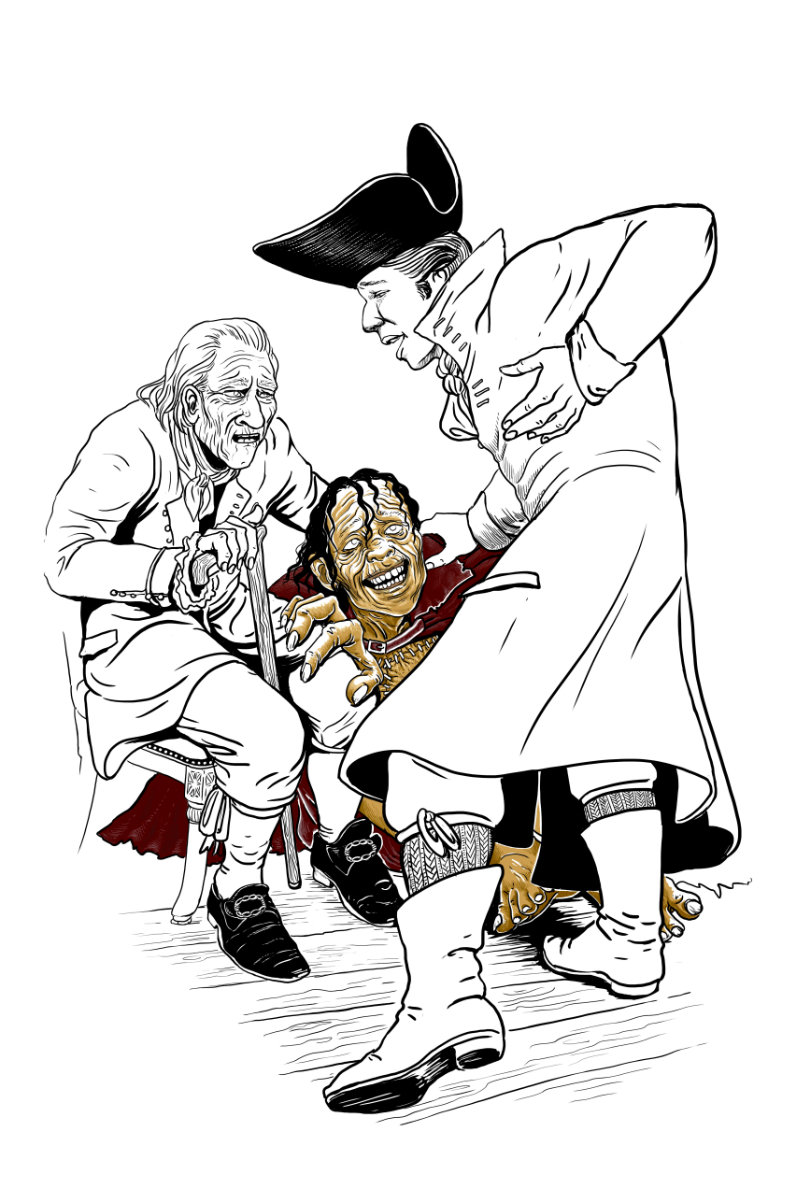 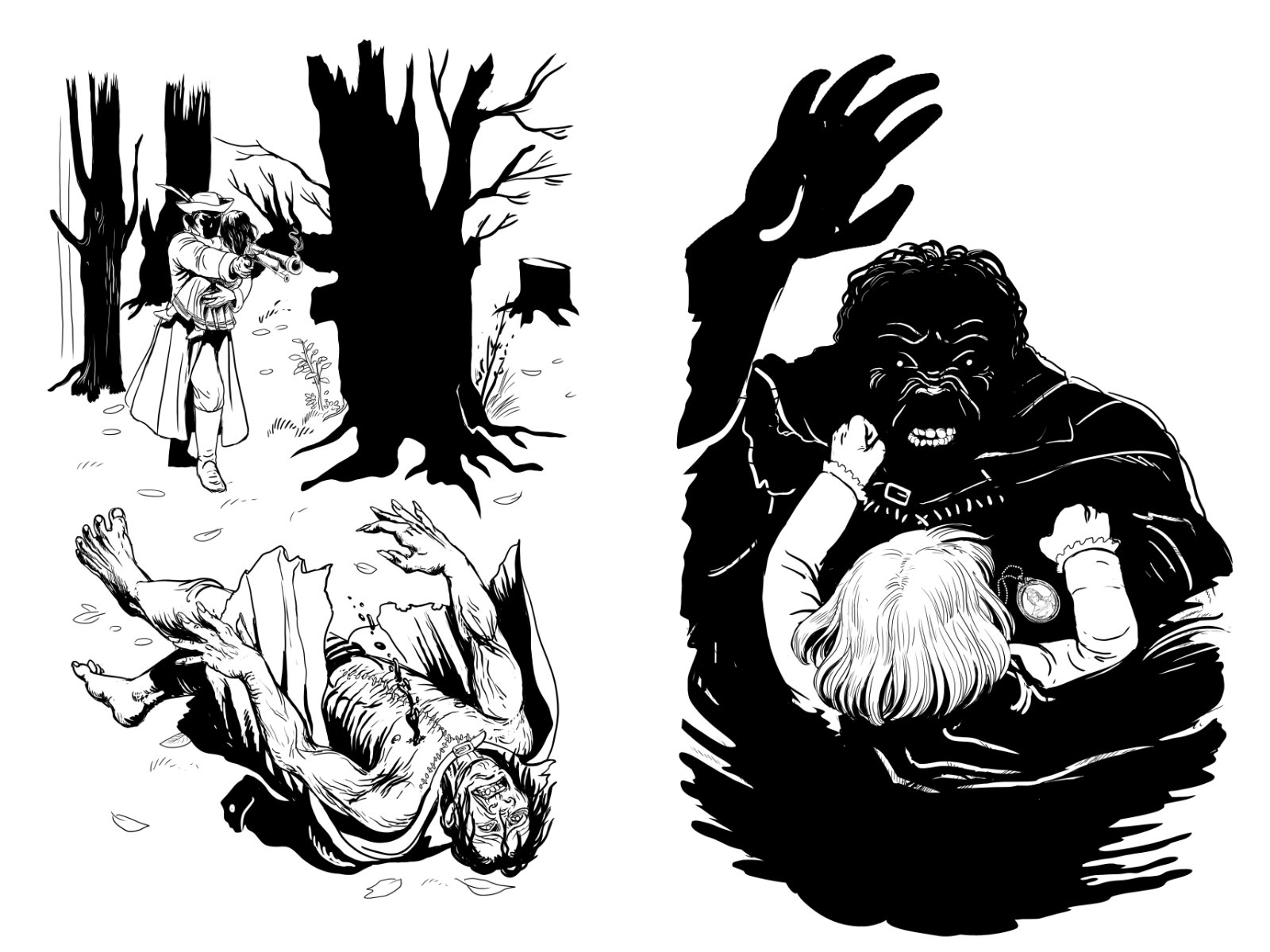 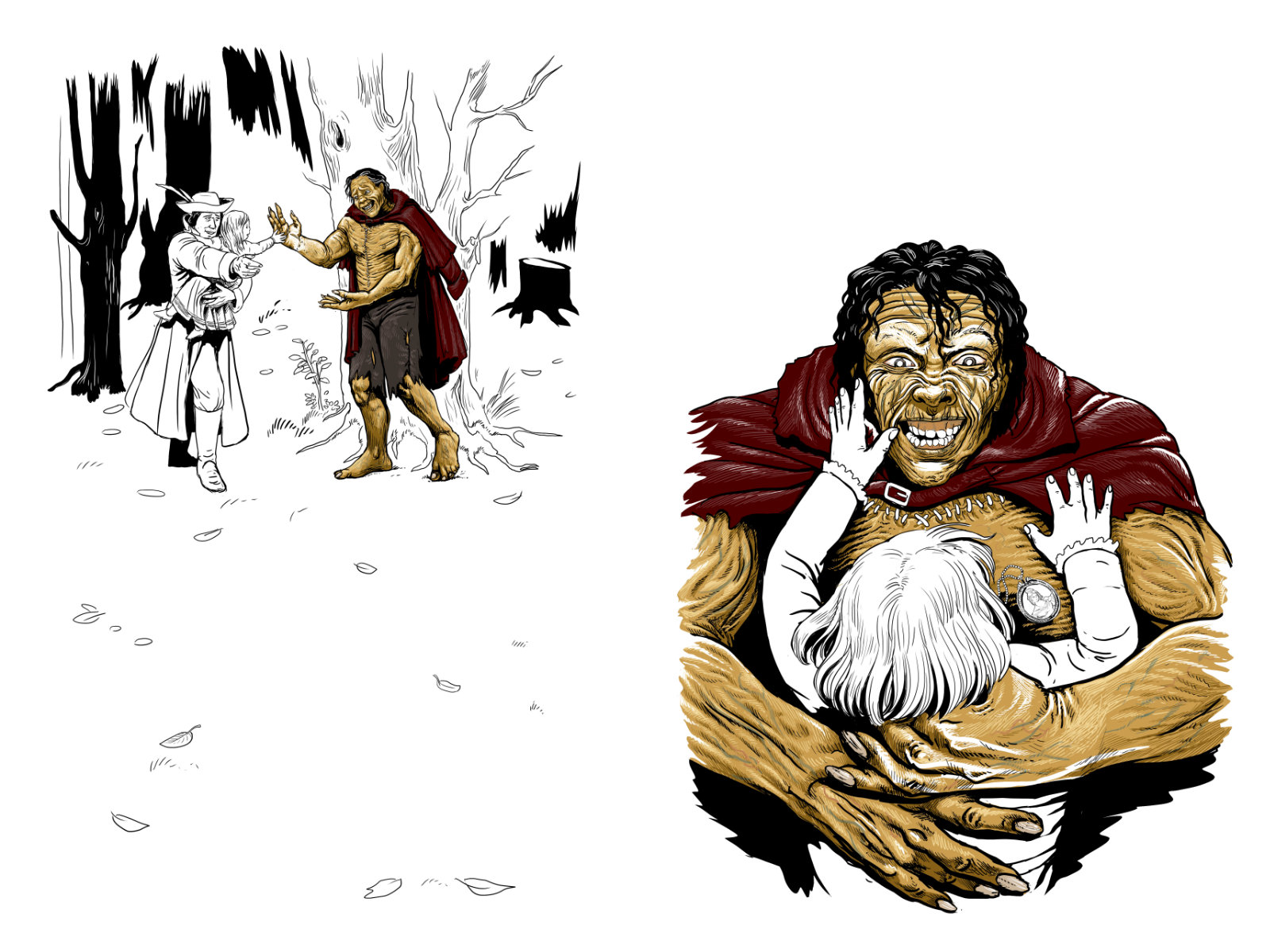 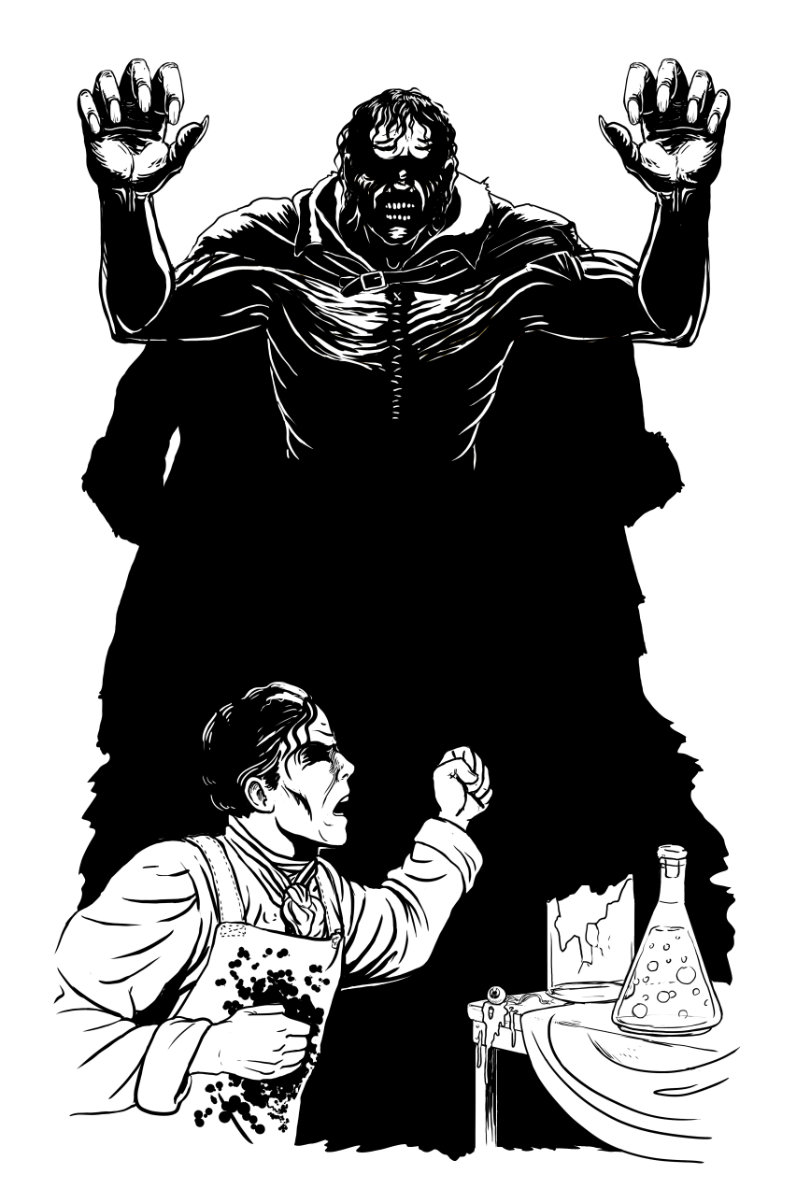 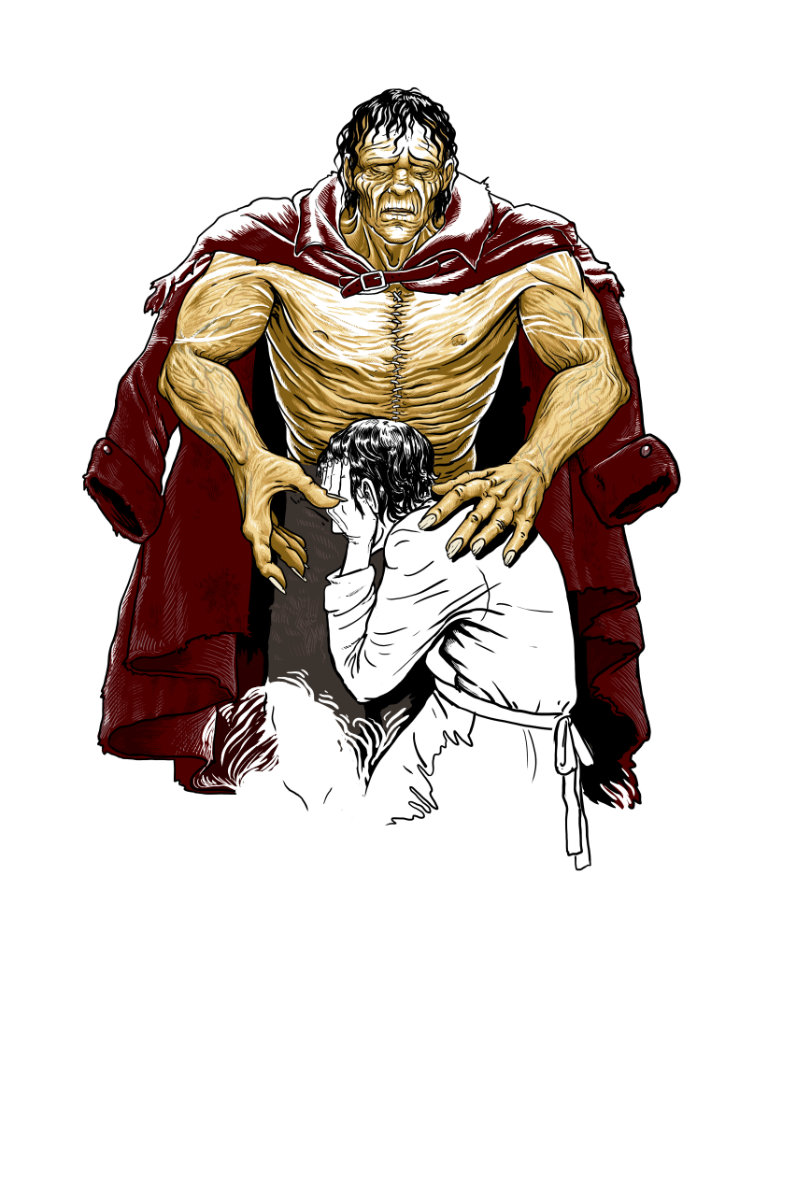 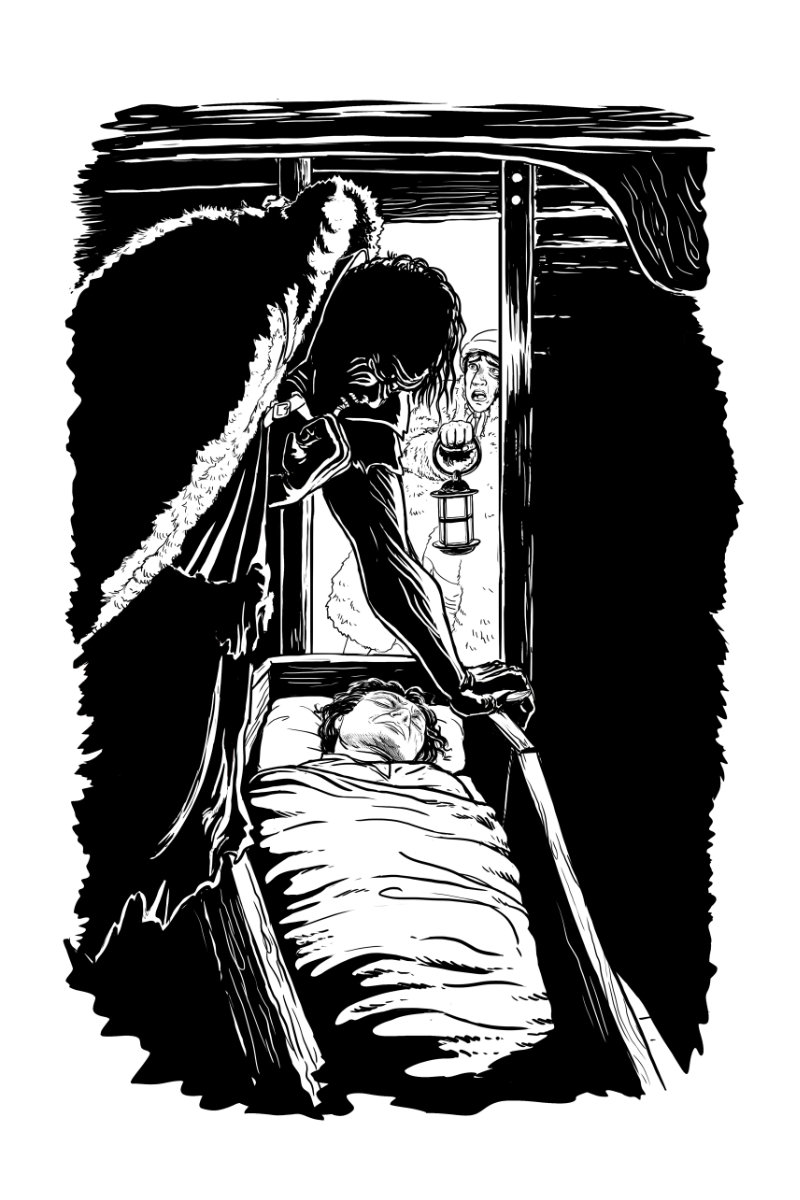 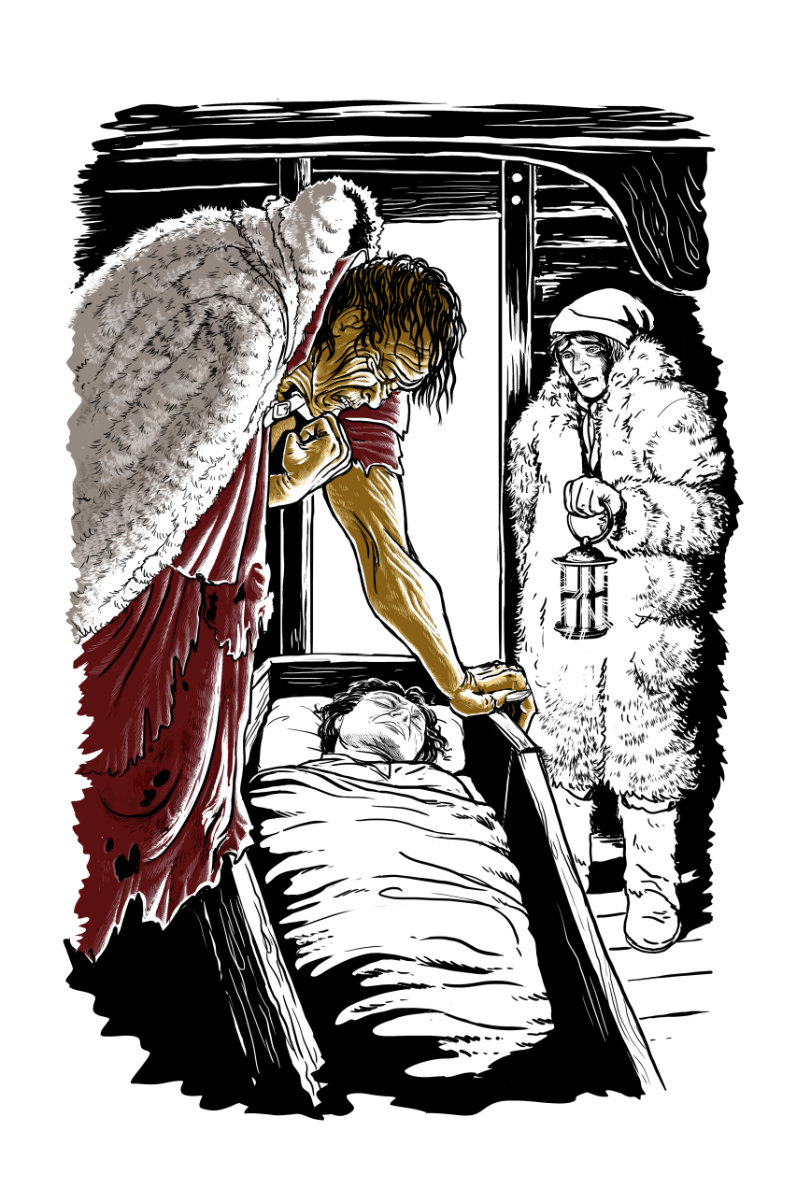 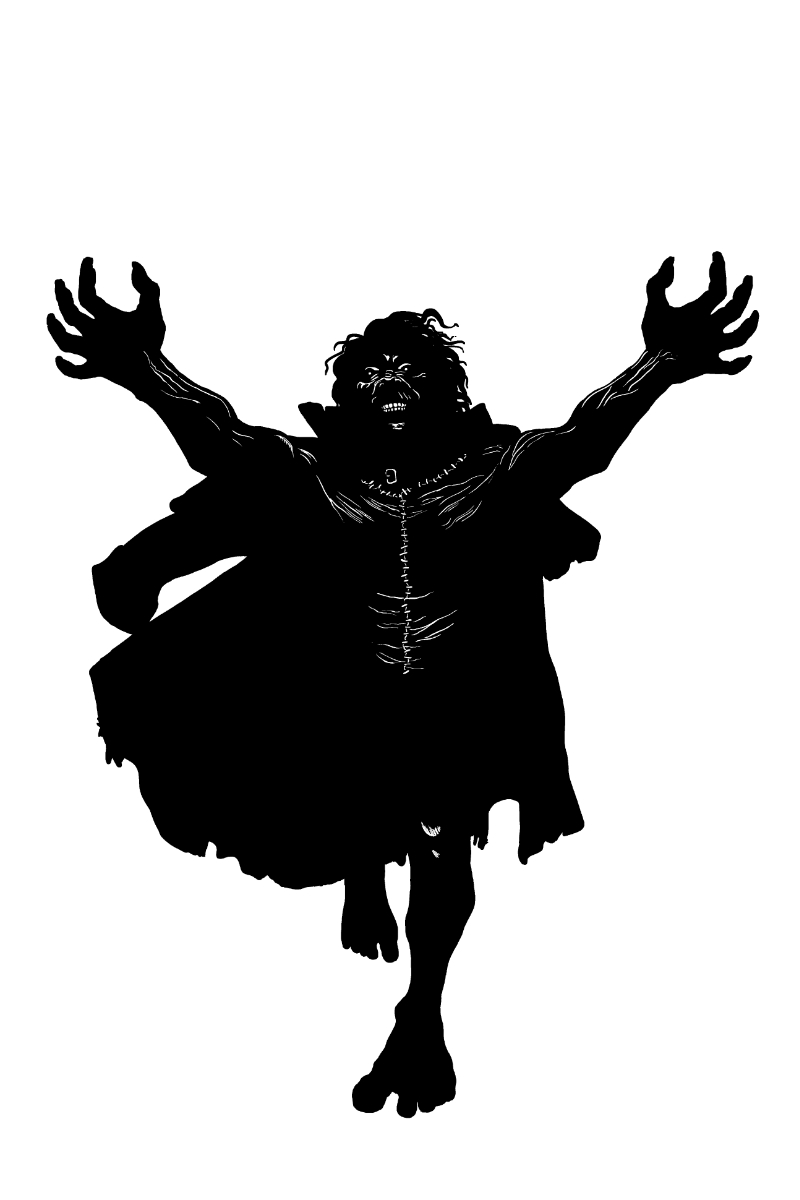 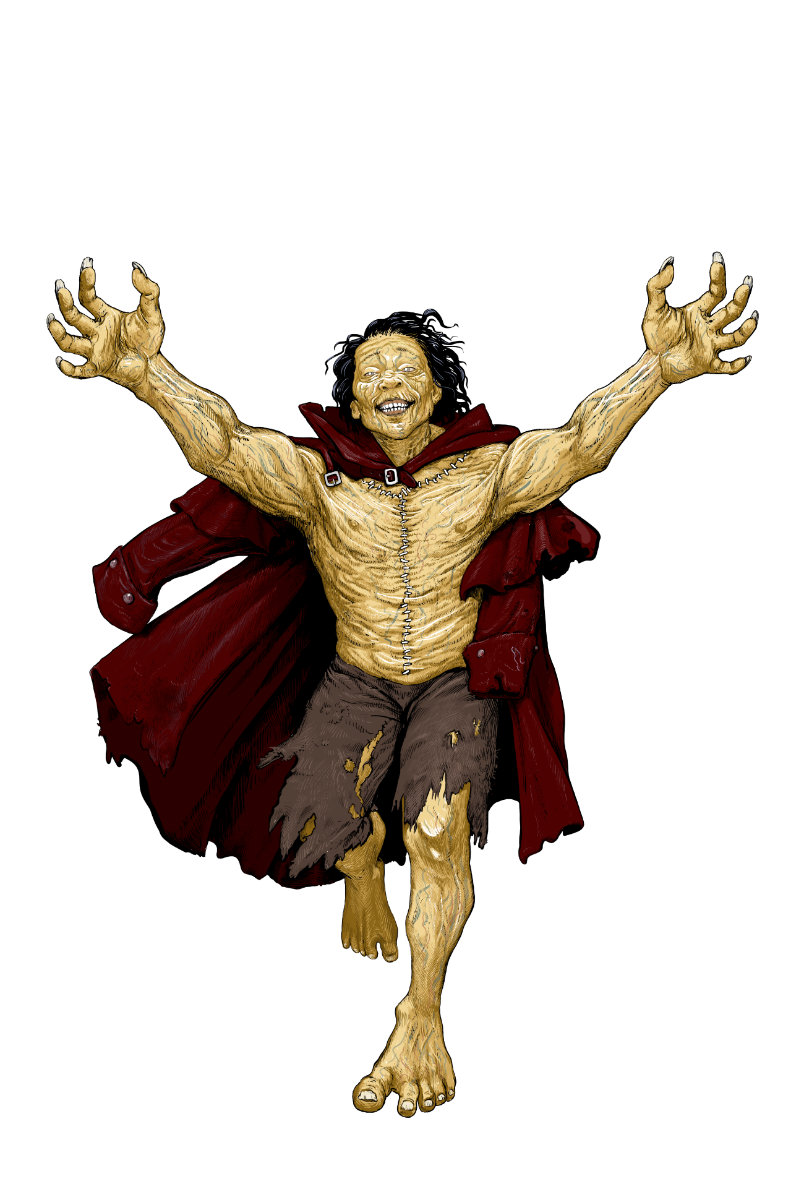